RUSSIA-INDIA: THE GARDEN OF FRIENDSHIP - EXHIBITION IN HONOR OF THE 75TH ANNIVERSARY OF DIPLOMATIC RELATIONS BETWEEN RUSSIA AND INDIA 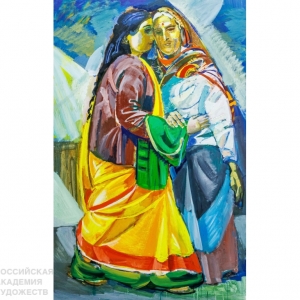 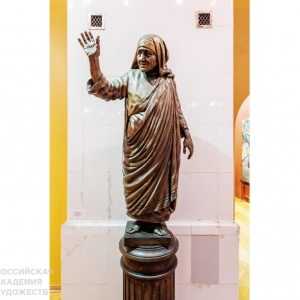 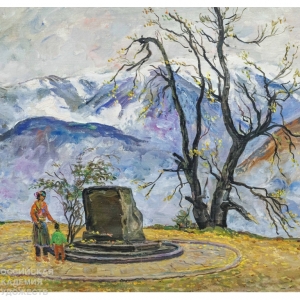 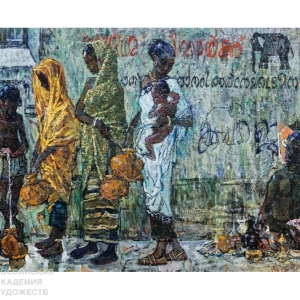 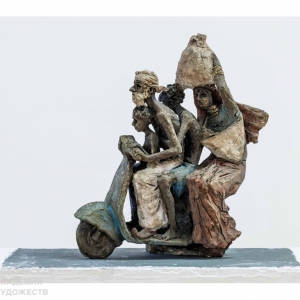 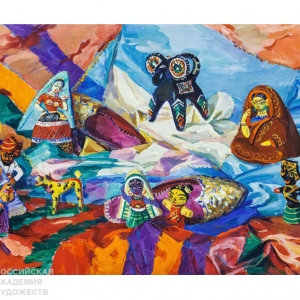 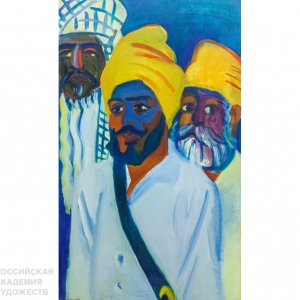 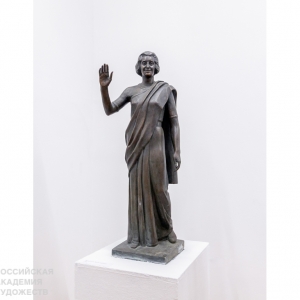 Venue: The Museum and Exhibition Complex of the Russian Academy of Arts

The official opening of the exhibition – December 8, 2022 at 18.00. ADMISSION IS BY INVITATION ONLY.

The Russian Academy of Arts in the year of its 265th anniversary and the 75th anniversary of the establishment of diplomatic relations between Russia and India presents an exhibition project dedicated to this extraordinary country. The exhibition showcases over 150 works, archive materials and personal belongings of artists of four generations. These are the long-gone Academicians of the USSR Academy of Arts – Alexander Gerasimov, Evgeny Vuchetich; eminent artists of the second half of the 20th century – the former Academy members Ilya Glazunov, Dmitry Nalbandyan, Vladimir Pereyaslavets, Oleg Komov, Valentin Sidorov, Alexander Belashov, Stanislav Nikereev, Dmitry Zhilinsky; as well as outstanding contemporary masters - Zurab Tsereteli, Victor Kalinin, Alexey Shmarinov, Dmitry Tugarinov, Dmitry Sandzhiev, Valery Maloletkov, Erick Bulatov and many others. The special section features works of young artists – trainees of the Creative Workshops of the Russian Academy of Arts and postgraduates of V. Surikov Moscow State Art Institute under the Russian Academy of Arts.

The exhibition focuses on the unique contribution of the USSR Academy of Arts (now the Russian Academy of Arts) to the promotion of bilateral relations in fine arts after the establishment of diplomatic relations with India in 1947. Members of the Academy have been in the forefront of these cultural ties closely interwoven into the global interstate cooperation. It was then, that our partnership with India in fine arts became systematic.

On display are portraits of legendary Indian political figures who influenced the course of the 20th century history created by Evgeny Vuchetich, Oleg Komov and other Soviet artists in the difficult for the country the 1950s-1960s; portraits of representatives of Indian art, theater and cinema by Alexander Gerasimov and Konstantin Finogenov, as well as genre drawings about life of ordinary Indians, their way of life, joys and sorrows; which later made up the whole thematic cycles in the creative work of such authors as Victor Klimashin and Dmitry Nalbandyan.

In the second half of the 20th century, the first tourist view of India of Russian artists transformed into a much deeper, meaningful immersion in the life, culture and religion of the distant and very mysterious country. Numerous exhibitions of Soviet art held in those days in many Indian cities, a possibility to work with masters of Lalit Kala Academy of Arts in Delhi and folk art artists in the remote regions of India – all this gave new creative impulses to Russian artists. From their creative trips to India Semen Chuikov, Vasily Efanov, Nikolai Ponomarev, Valery Maloletkov, Nikolai Romadin, Daniel Mitlyansky and others brought perfect works of such remarkable quality, that some of them were immediately included in the collection of the State Tretyakov Gallery; Indian impressions of Mai Miturich became part of the classics of Russian book illustrations.

The 21st century has proved the efficient mutual understanding and closer ties between these two cultures. The complex strata of Indian life and culture are perceived by today’s artists much easier and deeper, that allows them in their work to deviate from realism traditional for Russian fine arts in favor of more abstract and sensitive images so close to modern art of India.